Who said that there is no adult movie in Netflix

Posted by: admin 6 months, 2 weeks ago 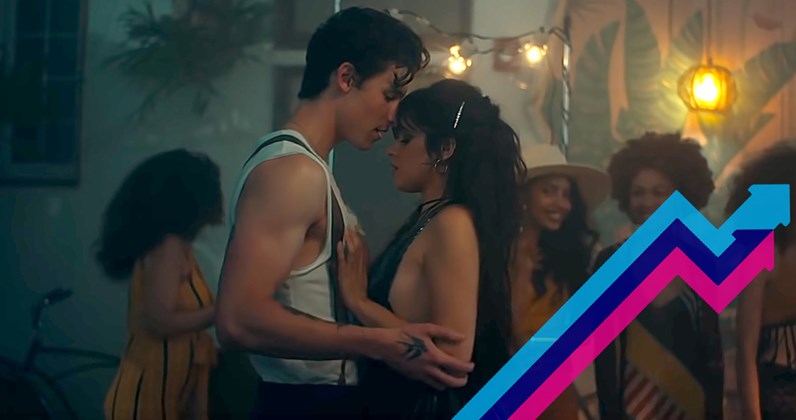 Netflix is ​​one of the most popular media for today's generation to enjoy various shows, films and TV series. You can find the most hit movies that have aired in theaters, to exclusive films that only broadcast on that channel. Starting from films for children, films for families, to films for adults.

1. Palm Trees in the Snow

Make you excited, here are 9 Netflix movies with the hottest sex scenes in Netflix.com
This romantic Spanish historical film tells the story of the relationship between Killian (Mario Casas) and Bisila (Berta Vázquez), a different racial couple who have to hide their relationship because of assumptions at that time. An issue that is still a conversation today, right? Watch and find out the love story of the two, and you will be surprised by intense sex scenes in the first minutes of the film!

Below Her Mouth film tells the story of the love relationship of two women named Dallas (Erika Linder) and Jasmine (Natalie Krill) who are full of twists and turns and takes them on a journey to find their identity. The interesting fact is, this film was produced by a team that only involved women. The director, April Mullen, said that he and the team wanted to be able to express honest women's views on intimacy, honesty, lust, sex, love, and things that make women aroused.

This favorite Netflix Original film tells the story of three best friends (played by DeWanda Wise, Gina Rodriguez, and Brittany Snow), who promises to spend a fun last night before Rodriguez leaves. While there are many sexy and romantic moments throughout the film, one of the most memorable sex scenes is sex in a club bathroom by two people who shouldn't be doing it to each other. Who is this?

Actually, looking at this movie poster, you can already guess that this movie will have sex scenes, huh? In the early minutes, this film will show Electra (Aomi Muyock) and Murphy (Karl Glusman) who are naked and trying to satisfy themselves. The film itself tells the story of their relationship with one other party named Omi (Klara Kristin) who joins them. Then, how is the story going? Just watch it, yes, Bela.

Another film that is a perfect meditation for today's romance. The funny thing is, it also stars Laia Costa, who plays a character named Gabi. Then, there is Nicholas Hoult playing a character named Martin. The two of them are looking for something more than just online dating. So, they are doing their best to form a long-term relationship in a world of unlimited options. Sometimes the two have sex with each other, sometimes with other people. But in essence, the chemistry between these two characters brings out the best hot sex scenes on Netflix.

This film tells the story of Violet (Sanaa Lathan) who goes into a crisis when she finds out that her partner will not marry her. No matter how hard she tries to be the perfect person for her partner, she realizes that it will never be enough. So she decided to shave all her hair and learn to love herself. The scene succeeded in becoming the subject of many people's conversation. Her journey to learn to love yourself includes sex, including sex scenes in the shower that arouse passion.

Make you excited, here are 9 Netflix movies with the hottest sex scenes in Netflix.com
The film Tiger tells the love story of two people who had and recently started their careers as boxing athletes. Ada Ramón, a professional boxer who recently retired, has a relationship with Deborah, a boxing athlete who is just starting out. Since both of them are athletes, the sex scene between them is quite intense compared to the sex scenes in other films.

Make you excited, here are 9 Netflix films with the hottest sex scenes in Netflix.com
This Spanish-language film tells the story of a woman's quest to find her lost passion. Martina, played by Antonella Costa, is an Argentine singer who is no longer famous and feels that her passion is something that happened in the past. Not satisfied with the reality, he was determined