Unreported Indonesian personal asset reach 1300 trillion and it can be reached. 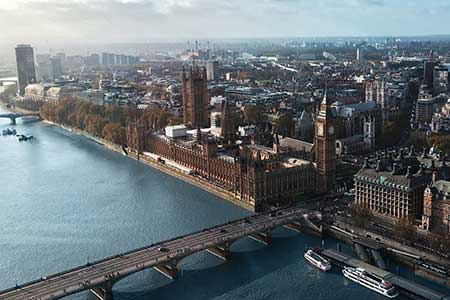 JAKARTA. The Directorate General of Taxes (DGT) of the Ministry of Finance (Ministry of Finance) noted that there were around Rp. 1,300 trillion assets of Indonesian citizens abroad that had not been reported in tax returns.

Assets of Indonesian citizens abroad valued at Rp. 1,300 trillion have not been reported in tax returns

Continues to increase, Directorate General of Taxes: There are already 5.97 million SPT reported

Indonesian Tax Ratio Still Hold at a Range of 10% -11%
DDTC tax observer Bawono Kristiaji said the findings of the AEoI results certainly need to be followed up. "Based on these findings, it can be followed up with an examination," Bawono said when contacted by Kontan.co.id, Thursday (3/14).

Unreported assets can be comparative data or data matching with SPT profiles. With this data, DGT is actually helped to test the accuracy of SPT data. "In short, the data can be used as a tool to test tax compliance," Bawono explained.

Ajib Hamdani, Chairman of the Tax Center of the Indonesian Young Entrepreneurs Association (Hipmi) said, from the taxpayer's side, there must be awareness about correct reporting. While from the side of the tax officer, it must make an effective tax compliance measuring instrument. Furthermore, making law enforcement against taxpayers is not compliant, so as to provide justice for other taxpayers who are obedient. "This law enforcement is for example by conducting an inspection process," Ajib said to Kontan.co.id, Thursday (3/14).

Even so, he also considered, the Directorate General of Taxes could also make an appeal for taxpayers who have not reported the assets. "If the appeal is for the next, expect awareness of taxpayers. If the inspection mechanism has more impetus for compliance," he added.

What to do when your mac doesnt want to start

What is nofollow links in very simple explanation

In this post I’m going to break down EVERYTHING you need to know about nofollow links.

There is list of my favorites VGA card for the eGPU.

The average salary in USA How to use Latex in Brainly

Installing your own productive machine, sometime can give you very heavy headache. Especially when you never had it before in your coding experience. Thanks to the internet for providing stackoverflow and other very cool page source to help me in installing my mezzanine cms for django. This page is curated from all my hustling and finally I can run my websites. One is fluxzy.com and notafra.id.